It’s one of Perth’s newest restaurants – and it’s already making its name not just for the unique dining experience, but also for the vibrant and exotic interior. Hippo Creek African Grill in Subiaco is all about open fire cooking – wood-fired char grill – which harks back to nomadic hunter gatherers. And as part of the interior design, the South African restaurateur wanted an open fireplace which was in keeping with the theme of Hippo Creek.

“Back in South Africa, our client used a barbecue called a braai,” explains Mike Booth from Bremick Design + Build. “South Africans love meat cooked with flames and charcoal. It’s why they wanted to use fire at the entry of the restaurant to really set the scene.”

The client’s brief was to create a modern African restaurant which, above all, had a wow factor. Having already seen and liked the entire EcoSmart Fire range, they decided an open fireplace would be an ideal fit.

Three EcoSmart Fire Burners were incorporated into a 20-gallon barrel which had been cut in half, welded together and braced to hold toughened glass panels into position. Black river stones were placed around the burners and Axolotl paint was then used to make the fireplace look rustic.

“We wanted a high, colourful flame which could be contained (for safety reasons) and at the same time be highly visible, and be a big attraction,” explains Mike. “Bigger is better! The burners achieve that and provide a wall of flame across the entire fire pit.

“EcoSmart Fire pretty much ticked all the boxes. We didn’t need to look anywhere else – we found exactly what we were looking for.”

There were a number of other benefits of using the EcoSmart Fire Burners: “Simplicity, ease of installation, the high level of technical information,” Mike adds. “We were more than satisfied.”

“We use [EcoSmart Fire] as a point of differentiation for a client’s dining area, depending on the style and theme of the restaurant.”

Thanks! We received your enquiry. We'll have the best person connecting with you.
We aim to get back to you in under 24 hours - if this timeline doesn’t suit your immediate needs, please do not hesitate to contact us by phone +352 20 88 22 49.
Look Book #2 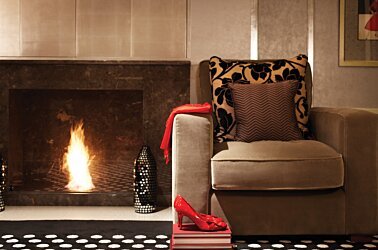 Suite Dreams When consultants from Dublin-based adi studio were asked to create signature looks for four luxury penthouses in London, they turned to the versatility of EcoSmart Fires. 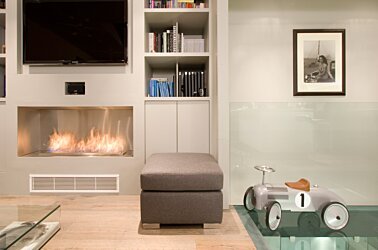 Signature Style A successful banker based in the centre of London, Sebastien Gianfermi and his architect-trained wife refurbished a 19th century, Regency penthouse into a sophisticated two-level family home. The iconic British style of architecture was given a much-needed modern makeover that not only breathed new life into the building but also captured the couple’s signature style. 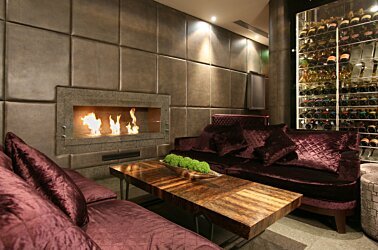 Clever Construction A series of BK5 Burners from EcoSmart Fire has breathed new life and an intimate atmosphere into a former gas fireplace in central London’s stylish May Fair Bar – acclaimed as the best hotel bar in London. 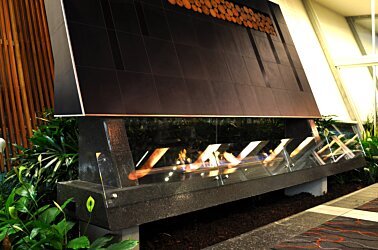 Floating Hearth For almost 30 years, the Calamvale Hotel in the southern suburbs of Brisbane, Australia has been a favourite with locals. With the passing of the years, the hotel was in need of a makeover, and architectural firm Brand + Slater was commissioned to refurbish the interiors, redefine the existing outdoor terrace and add a distinctive extension to modernise the hotel. 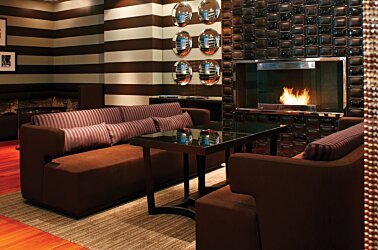 Private Retreat It was recognised as Australasia’s leading business hotel at the 2010 Annual World Travel Awards, and in recent times the Westin Hotel in Sydney has added a touch of ‘home’ with the opening of its new Lobby Room, a private retreat for business travellers. 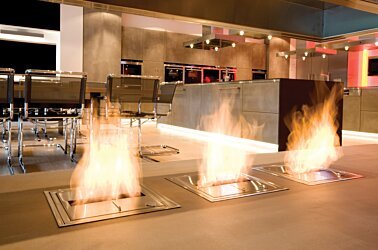 Flagship Fire As the number one brand for household appliances in the German home market and Europe’s leading built-in kitchen appliance brand, Siemens is synonymous with innovation, first-class design and outstanding performance. It’s with that in mind that interior designer Angelika Luible-Garboldi from Bau+Design designed the flagship Siemens Cooking Lounge in Munich’s Allianz Arena. 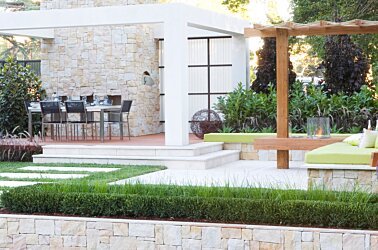 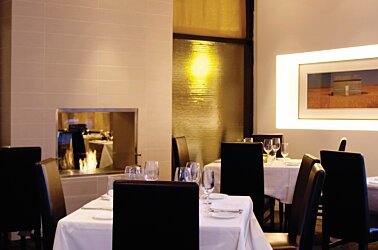 Visual Magnet The clean, minimalist aesthetic of the EcoSmart Fire 900DB Firebox was an essential ingredient in the recent transformation and refurbishment of Washington DC’s award-winning Equinox Restaurant. 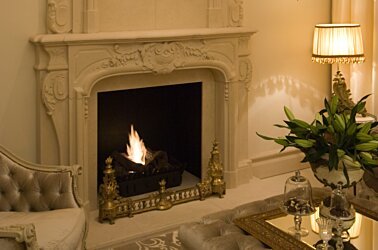 Classical Contemporary Melbourne’s design house Chateau Couture has a clear vision – to recreate the timeless classical beauty of European interiors and architecture by integrating all the elements of revered classical European style. Showcasing its services and providing realistic settings is a crucial part of Chateau Couture’s marketing methods – and its elegant showroom plays a key role.