The dramatic tension between fire and water created when Ecosmart’s XL900 burner was incorporated into a pool house was the perfect design solution for the Portsea Private Pool Pavilion project.

The brief given to design Architect Jason Camenzuli from CLP Architecture Pty Ltd was to craft a pool house that was to serve as a framed backdrop to the main living area of the residence that would become a feature element at night. It also needed to provide space for food preparation and cooking.

“The concept was to provide a modern floating pavilion,” says Jason. “The entire frame ‘floats’ above the ground seemingly supported by an illuminated sheet of water.”

The EcoSmart Fire strategically placed above a water feature of the same length certainly makes the pool house the aesthetic feature of the outdoor entertainment area, with the fire seeming to shine even brighter due to its reflection in the movement of the water below.

Jason says the low maintenance nature of the EcoSmart XL900 also played a part in the decision to incorporate it into the design.

“Fire was incorporated as a dramatic contrasting element to water, as the two traditional elements help create an aesthetic tension and drama at night,”

“The EcoSmart fireplace was chosen primarily because of its minimal profile and non-fluing requirement.”

The project team, consisting of Jason and co-worker Peter Collings, needed to create a practical space that was also a visually appealing addition to the client’s private pool.

A mixture of natural colours and textures, including whites and rich-hued timber, provided the level of contrast needed to emphasise particularly the elements of fire and water. The outdoor fire is flanked by a bespoke white bench / cabinet at one end and a lounge at the other.

“The basic component elements of the pavilion are a black steel frame internally wrapped with hardwood timber slats, and there is a mosaic tiled black screen backdrop with bubble reference cut-outs, with a floating horizontal white furniture zone,” says Jason. “The colours and materials were chosen to differentiate and highlight various component elements.”

The steel box that encompasses the EcoSmart Fire was an element incorporated to emphasise the EcoSmart XL900 burner; at night the box glows orange with the light of the flame, giving the pool house a beautiful glow.

Built by KLE Building and joinery by Krueger Shopfitters, the project is a fabulous addition to the client’s existing pool area.

“It certainly achieves the dramatic backdrop whilst also satisfying the functional requirements of the brief,” says Jason.

Thanks! We received your enquiry. We'll have the best person connecting with you.
We aim to get back to you in under 24 hours - if this timeline doesn’t suit your immediate needs, please do not hesitate to contact us by phone +352 20 88 22 49.
Look Book #4 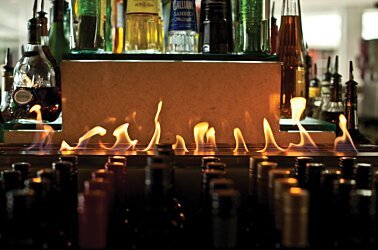 Italian Flare EcoSmart Fire is well placed at Criniti’s. The FAMILY chain of Italian restaurants in Sydney prides itself on offering the best of the best – and with EcoSmart Fires installed in two of the four restaurants, they are in good company, whether it’s Ducati motorcycles suspended from the ceiling in one of the restaurants, or a Ferrari engine forming the structure for the light fitting in the private dining room. 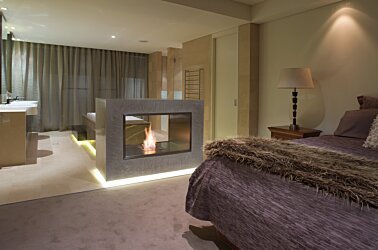 Bali Style On the coast of WA lies a home created to give its owners a taste of holiday luxury every day. In particular, the room that encapsulates this perfectly is the master suite; located on the first floor, the room enjoys ocean and garden views, whilst serving the dual purposes of bedroom and bathroom. 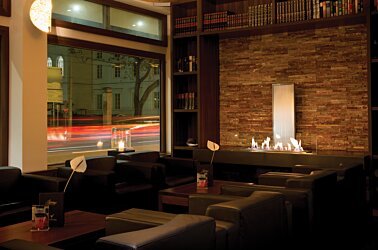 Luxury Lounge When interior designer Marén Niehoff from HMG MBH & CO. KG was asked to create a modern, stylish and comfortable lobby area for a new five-star Fleming’s Deluxe Hotel Frankfurt main-riverside, Germany – part of the Flemings Group – she was looking for the perfect fireplace. 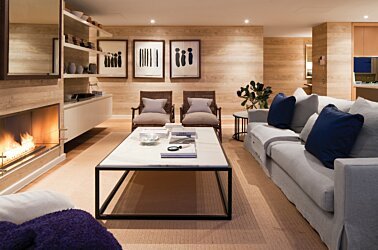 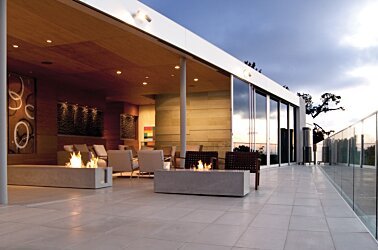 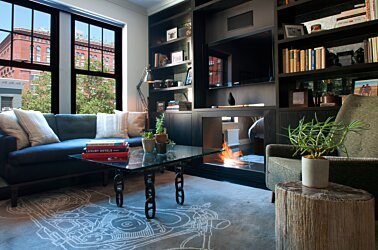 Distinctive Divider New York entrepreneur and creative force behind acclaimed US custom home furnishings company DESIRON, Frank Carfaro has always had a passion for beautiful design and artisanal craftsmanship. And when he first discovered EcoSmart Fire, he knew his design values were very much aligned.

Organic Elements The New American Home has been acclaimed as a symbol of energy efficiency and innovation. And for Las Vegas-based company Blue Heron Design Build, creator of the 2013 New American Home, it was a chance to showcase how they could push the boundaries of innovative design.

Lofty Aspirations When Daniel Vandenbark walked into this newly built loft-style condominium in Houston Texas, he knew exactly where a fireplace should be positioned. “The second I walked in, I knew this particular wall would be ideal,” Daniel says. “It would mean you could see the glow of the fire from the TV room and surrounding living spaces.”